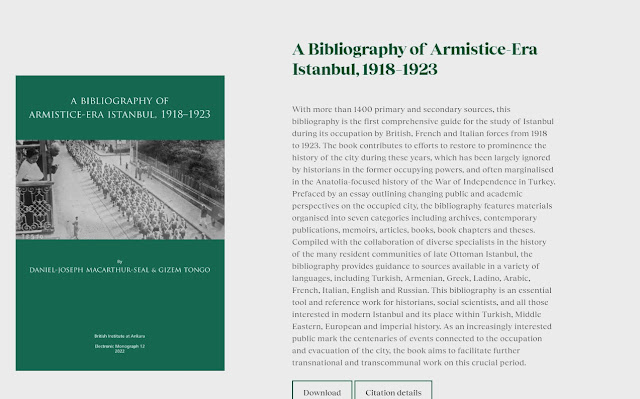 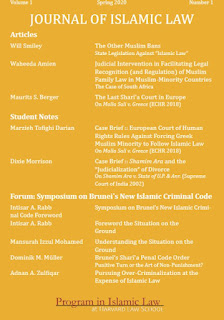 "The Journal of Islamic Law is a peer-reviewed online Journal—published together with a regular Forum—that features new scholarship in Islamic legal studies. Focusing on historical, comparative, and law and society approaches to Islamic law, we  also have a keen interest in featuring data science tools and primary sources that inform the scholarly analysis. "

New OA Book: Manuscript and Print in the Islamic Tradition 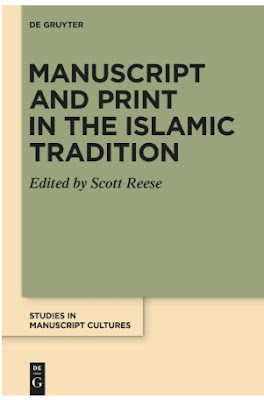 This volume explores and calls into question certain commonly held assumptions about writing and technological advancement in the Islamic tradition. In particular, it challenges the idea that mechanical print naturally and inevitably displaces handwritten texts as well as the notion that the so-called transition from manuscript to print is unidirectional. Indeed, rather than distinct technologies that emerge in a progressive series (one naturally following the other), they frequently co-exist in complex and complementary relationships – relationships we are only now starting to recognize and explore.
The book brings together essays by internationally recognized scholars from an array of disciplines (including philology, linguistics, religious studies, history, anthropology, and typography) whose work focuses on the written word – channeled through various media – as a social and cultural phenomenon within the Islamic tradition. These essays promote systematic approaches to the study of Islamic writing cultures writ large, in an effort to further our understanding of the social, cultural and intellectual relationships between manuscripts, printed texts and the people who use and create them."
Manuscript and Print in the Islamic Tradition, URL: https://www.degruyter.com/document/doi/10.1515/9783110776485/html
Posted by Sean Swanick at 9:55 AM No comments:

Email ThisBlogThis!Share to TwitterShare to FacebookShare to Pinterest
Labels: History of the Book, Manuscripts, Printing

"Scope and Contents
This collection consists of over 700 manuscripts pertaining to the Islamicate world and South Asia, dating from the 10th to 19th centuries C.E. (the majority being post-1500). Chiefly bound paper codices, it includes sacred texts of importance to the Muslim, Hindu, and Sikh faiths, Qur’anic commentaries, Traditions of the Prophet Muhammad and the Shi’i Imams, works treating Islamic law, world history, the history of India, medicine, mathematics, astronomy, astrology, divination, philosophy, ethics, grammar, rhetoric, dictionaries, poetry, prose, tales and romances, proverbs, travel, music, agriculture and war. It also includes biographies, and correspondence between Indian rulers and dignitaries, and East India Company officials.
Some of the collection’s manuscripts are among the most iconic items found at the University of Edinburgh Library, such as Qur’anic fragments in Kufic script on vellum, dating to around the 10th century (Os Ms 175), Rashīd al-Dīn’s Jamī al-Tawārīkh (Or Ms 20) and al-Bīrūnī's al-Āthār al-bāqiya (Or Ms 161), both richly illuminated examples of Islamic historiography dating to the 14th century C.E., and an 18th century Sanskrit scroll of the Hindu Mahābhārata featuring miniature illuminations and measuring over 70 metres (Or Ms 510).
The grouping together of these items as one collection is the legacy of the route by which they reached the Library. It includes the vast majority of items formerly known as the "Oriental Collection"; the large donations that formed its basis were from the collections assembled by employees of the East India Company. This resulted in the collection incorporating material relevant to the Islamicate, largely gathered in South Asia, intertwined with items relevant to the Hindu and Sikh faiths, and the culture and history of South Asia more generally. The Turkish component of the collection includes manuscripts acquired in Astrakhan, with several early Ottoman texts. The items retain their "Or Ms" shelf mark to avoid creating a gap in the memory of their history. All catalogue records include the available provenance data. Research in this area is ongoing and such information will be expanded to include all details attesting the route of these items into the University of Edinburgh’s collections.
Dates: 10th-19th centuries C.E. (bulk: post-1500 C.E.) 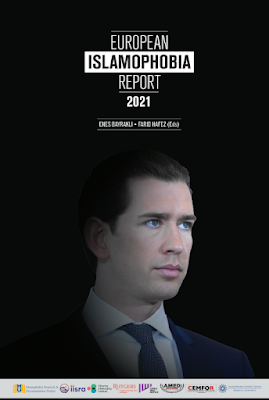 "The state of Islamophobia in Europe continues to be problematic with many policies which we have criticised in previous reports being further implemented, such as the dissolution of Islamophobia watchdog organisations in France. Such developments show the end of a journey, built on Islamophobic exclusions, for politicians. This is why we have chosen Sebastian Kurz’s portrait for the cover of this year’s edition of the European Islamophobia Report. Kurz, who was hailed as a one-time political wunderkind by domestic Austrian and international media, came to power by making Islam and Muslims his number one target in election campaigns. More than that, he was the leader of a conservative government that implemented one anti-Muslim policy after the other, from hijab bans to the closure of mosques. Finally, the overwhelming allegations of corruption, especially in regards to the relationship between his government and the news media, forced him to step down. His political ‘career’ can be read as a textbook example of hegemonising Islamophobia and, at the same time, of how empty populism which is essentially built on anti-Muslim racism can end. Sebastian Kurz accumulated immense power by scapegoating and securitising Muslims, which in the end turned out only to be a screen to hide alleged corruption and increasing authoritarianism. Former justice minister Clemens Jabloner expressed this succinctly: Sebastian Kurz’s regime was “a first step in the direction of a new system of government (Staatsform).” Previous national reports on Austria in our European Islamophobia Report clearly show how the heavy investment in anti-Muslim policies by Kurz’s government were a marker of his increasingly manipulative and authoritarian policies. Eventually, the latter were terminated not least by the independent justice system that rescinded most of his anti-Muslim laws and measures from the hijab ban to the unlawful closure of mosques."

Posted by Sean Swanick at 11:02 AM No comments: 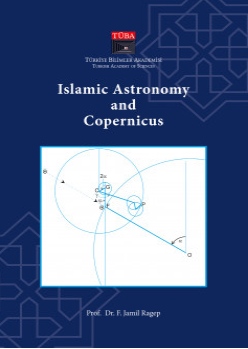 Email ThisBlogThis!Share to TwitterShare to FacebookShare to Pinterest
Labels: Astronomy, History of Science

New OA Book: Amulets and Talismans of the Middle East and North Africa in Context Transmission, Efficacy and Collections (Brill) 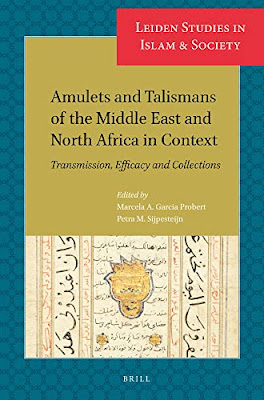 Amulets and Talismans of the Middle East and North Africa in Context: Transmission, Efficacy and Collections


In this volume amulets and talismans are studied within a broader system of meaning that shapes how they were manufactured, activated and used in different networks. Text, material features and the environments in which these artifacts circulated, are studied alongside each other, resulting in an innovative approach to understand the many different functions these objects could fulfil in pre-modern times. Produced and used by Muslims and non-Muslims alike, the case studies presented here include objects that differ in size, material, language and shape. What the articles share is an all-round, in-depth approach that helps the reader understand the complexity of the objects discussed and will improve one’s understanding of the role they played within pre-modern societies.