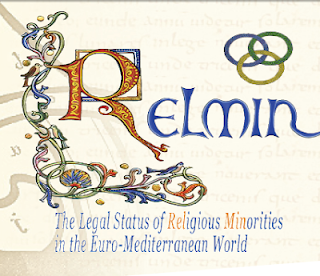 RELMIN is a five-year project funded by the European Research Council and directed by John Tolan, professor of history at the University of Nantes.
Database in French and English.


"This is the pilot version of what will become a major text database of legal texts concerning the status of religious minorities in the Middle Ages. The base currently contains several hundred texts, but will gradually grow to several thousand texts by 2015."

"The database consists of original texts (Latin, Arabic, Greek, Hebrew, etc.), translations into English and French, notes and commentaries, and a bibliography. We hope that it becomes an important tool for research concerning the history of European and Mediterranean laws about pagan, Jewish, Muslim, and Christian minorities, and the history of interfaith relations."

Posted by Peter Magierski at 2:15 PM

Email ThisBlogThis!Share to TwitterShare to FacebookShare to Pinterest
Labels: Minorities