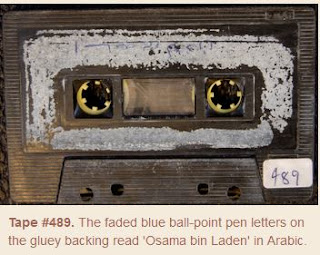 "Website has been designed to allow non-Arabic speakers to listen to material featured in The Audacious Ascetic while reading English translations in real-time as the recordings unfold. As the book demonstrates, much of the meaning of bin Laden’s words and the significance of Al-Qa’ida for his early primary audiences was lost when edited and converted to print, video, and electronic media for global consumption. These recorded excerpts have been selected and produced specifically to accompany the book. They are best contextualized in tandem with the perspectives and arguments therein."

Posted by Peter Magierski at 5:07 PM