Open Access E-Book: Authority and Control in the Countryside 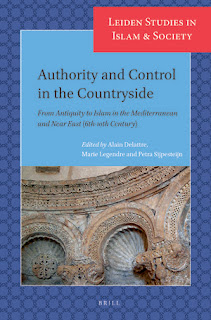 Authority and Control in the Countryside

"Authority and Control in the Countryside looks at the economic, religious, political and cultural instruments that local and regional powers in the late antique to early medieval Mediterranean and Near East used to manage their rural hinterlands. Measures of direct control – land ownership, judicial systems, garrisons and fortifications, religious and administrative appointments, taxes and regulation – and indirect control – monuments and landmarks, cultural styles and artistic models, intellectual and religious influence, and economic and bureaucratic standard-setting – are examined to reconstruct the various means by which authority was asserted over the countryside. Unified by its thematic and spatial focus, this book offers an array of interdisciplinary approaches, allowing for important comparisons across a wide but connected geographical area in the transition from the Sasanian and Roman to the Islamic period."

Posted by Birte Kristiansen at 10:38 AM