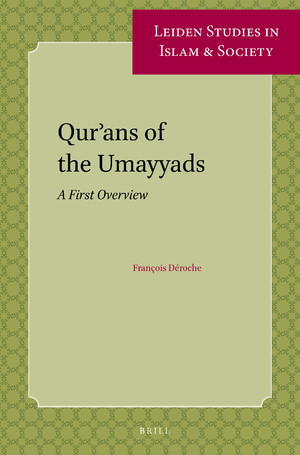 "For the first time, the dramatic changes the Qur’anic code underwent during the Umayyad period (660-750 C.E.) are analysed and presented on the basis of a selection of material in good part unpublished. In Qur’ans of the Umayyads, François Déroche offers a chronology of the various developments which marked the period, in an approach combining philology, art history, codicology and palaeography. The conclusions he reaches challenge the traditional account about the writing down of the Qur’an and throw a new light on the role of the Umayyads in its handwritten diffusion."
E-Book (PDF)
ISBN: 9789004261853
ISBN: 9789004255654
Posted by Birte Kristiansen at 8:31 AM