"The Institute of Advanced Engineering and Science Indonesia Section (IAES) Indonesia Section supported by IAES initiated the establishment of Indonesian Publication Index (formerly Portal Garuda Indonesian Publication Index) in 2012. The Indonesian Publication Index (IPI) is designed for browsing, indexing, abstracting, monitoring and improving the standard of scholarly publications in Indonesia. It is estimated that there will be over 2000 Indonesian journals for inclusion in the IPI database. The contents are very important to be made visible globally, so that Indonesian academics and researchers can be identified his/her expertise, areas of possible collaboration, stimulate use and citations. IPI is today"s premier information discovery channel for Indonesian in the engineering, sciences & social sciences, arts and humanities. In a single web-based interface which is easy to use and comprehensive, Indonesian academics and researchers can get access to today"s most integrated articles content. Also, well organized user interfaces with user friendly and vibrant designs attract more attention of the users. Hyperlinked records and full-text links give researchers meaningful results through a more comprehensive view of the information. Besides this, IPI will provide "Indonesian Publication Reports (IPR)", an evaluation report on Indonesian journals. Newly suggested journals will be reviewed by the independent and international IAES content selection board (CSB) on a continuous basis." 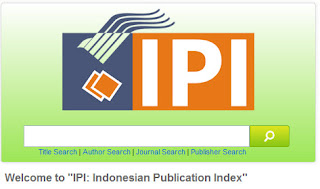 IPI: Indonesian Publication Index
Posted by Sean Swanick at 11:31 AM No comments:

Email ThisBlogThis!Share to TwitterShare to FacebookShare to Pinterest
Labels: Indonesia

The art of photography was introduced to Iran more than 150 years ago. Browse this site to view hundreds of photographs taken in the late nineteenth and early twentieth century, from distinguished images of the Qajar royal family and expansive views of Persepolis to glimpses of everyday in life on the streets of Tehran. Explore the use of glass-plate negatives in early photography, research archival records, learn about collectors, and take an intimate look at life in Iran a century ago.

The Archives of the Freer Gallery of Art and Arthur M. Sackler Gallery contain more than 1,100 original prints and glass-plate negatives by Antonin Sevruguin and other photographers. A grant from the Parsa Foundation funded the digitization and cataloging of the entire Freer and Sackler collection, the largest public collection of Sevruguin’s photographs outside of Iran. These prints and plates, assembled from the donated holdings of avid collectors and historians, form the core of a rapidly growing collection of early photography of Iran and establish the Freer and Sackler Archives as a leading center for its study.

If you have individual images or albums of photographs taken in Iran and other Near Eastern countries before 1950, please consider donating them to the Freer and Sackler Archives. Contact 202.633.0533 or AVRreference@si.edu for more information.

Posted by Chuck Jones at 3:53 PM No comments:

1967 Census of the West Bank and Gaza Strip: A Digitized Version.

The 1967 Census of the West Bank and Gaza Strip: A Digitized Version. 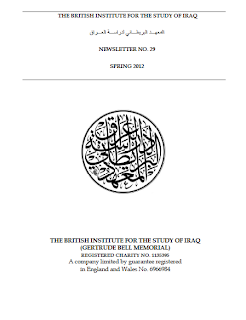 British Institute for the Study of Iraq newsletter
BISI Newsletter

Publisher: London : British Institute for the Study of Iraq, 2008-

Posted by Peter Magierski at 12:11 PM No comments:

This Week in Palestine - Online Archive 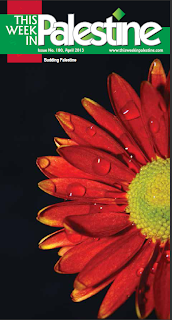 While this is subscription based magazine, most of the issues are available online.


"This Week in Palestine is the only English-language magazine that is published in occupied Palestine. It is a monthly periodical with a distribution of 12,000 copies reaching all major cities and towns in Palestine. This Week in Palestine takes pride in its editorial section, where prominent Palestinian writers regularly contribute their articles. Being thematic in its approach, different topics are featured each month, such as Palestinian food, economy, health, women, youth, Bethlehem, Jerusalem, cultural centers, and cultural heritage..." more

Posted by Peter Magierski at 12:10 PM No comments: 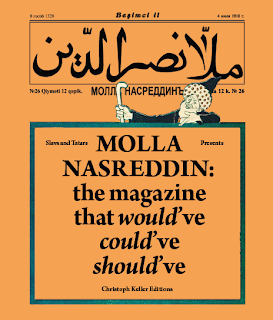 Access to this E-book is made available by Slavs and Tatars artist collective.

"Slavs and Tatars presents "Molla Nasreddin: The Magazine That
Would've, Could've, Should've." It features a selection of the most
iconic covers, illustrations and caricatures from the legendary Azeri
satirical periodical of the early 20th century, "Molla Nasreddin." The
most important publication of its kind, "Molla Nasreddin" was read
across the Muslim world from Morocco to Iran, addressing issues whose
relevance has not abated, such as women's rights, the Latinization of
the alphabet, Western imperial powers, creeping socialism from Russia
in the north, and growing Islamism from Iran in the south. "Molla
Nasreddin" not only contributed to a crucial understanding of national
identity in the case study of the complexity called the Caucasus, but
offered a momentous example of the powers of the press both then and
today."

Posted by Peter Magierski at 11:13 AM No comments:

A Muslim Manual of War

History, Literature, and Culture Edited by Aleya Serour
Free Download
Posted by Peter Magierski at 11:02 AM No comments:

Tehran Branch of the Insitute of Islamic Studies, McGill University

"Academic cooperation between McGill University and the University of Tehran can be traced back to 1964, when Dr. Mehdi Mohaghegh, following a two year teaching position (1961-1962) at the School of Oriental and African Studies (SOAS), was delegated by the University of Tehran to McGill’s Institute of Islamic Studies to teach Persian Language and Literature. During his time at the Institute (one of the first institutes of its kind in North America), Dr. Mohaghegh undertook the teaching of Shi`i Philosophy, Discourse, Mysticism, and Jurisprudence, fields not extensively studied in the west previously. It was during his time at McGill that Dr. Mohaghegh began to collaborate with Dr. Toshihiko Izutsu, a professor at the Institute, with whom he jointly published a number of texts in a series called “Wisdom of Persia” (Silsilah-i dānish-i Īrānī)."

The site currently includes ten of the Tehran Branch publications with many more to be added.The publications are predominantly on Iranian philosophy, history of science and literature.

The Tehran Branch website is here.
Posted by Sean Swanick at 2:51 PM No comments:

The Jerusalem Library, initiated in 2001 by Prof. Sari Nusseibah, President of Al-Quds University and Prof. Ronnie Ellenblum of The Hebrew University of Jerusalem, is meant to be a comprehensive resource for the history of Jerusalem. The library, hosted together by the two universities, enables free access to digitized historical materials and primary sources about Jerusalem. The collections are based on the archives of the Jewish National Library, the Israel Antiquities Authority and the collections of al-Quds University.
To date, most of the historical sources are kept in national, religious, municipal and private archives and are not accessible to all. Physical and non-tangible barriers prevent potential readers, in Jerusalem and elsewhere from exploring the vast and complicated history of the city. The virtual library is meant to overcome these barriers
The Library makes use of innovative content-oriented IT tools and enables a more convenient, home-based search in the documents themselves. The biggest part of the collections are books, maps, photographs, engravings and inscriptions published for the first time before the beginning of the 20th century.
The material is scanned, OCR'd and thoroughly indexed. The indexing was carried out by a group of Palestinian and Israeli students who were supervised by specialists specializing in Classical Languages, Arabic and Islamic Studies, Hebrew and Jewish Studies, Geography History and Christianity,
The basic idea of the library is to enable the user to retrieve indexed extracts of various fields. Efforts were made to include topics such as gender, feelings, various stages in life, love, war, hatred, inter-community relations and other topics which are usually not included in traditional indexes. These features will enable the Library users to directly access historical data, thus eliminating the external narrator or historian as the interpreter of history.
Creating such an academic unbiased approach to the history of Jerusalem is a challenging task for while Jerusalem is the contested capital of two peoples, it is also a spiritual center for each of the world's three monotheistic religions and a universal symbol of hope and holiness. Through the Library, Jerusalem will be made accessible not only to its own residents and the countries that shoulder responsibility for its future, but to the entire world.

Arabian Humanities. International Journal of Archaeology and Social Sciences in the Arabian Peninsula


Arabian Humanities is the continuation of the earlier Chroniques yéménites journal, published by the French Center for Archaeology and Social Sciences in Sanaa (CEFAS) from 1993. It broadens its scope to the entire Arabian Peninsula, and is now resolutely oriented towards international research networks.

Arabian Humanities is a peer-reviewed journal. It is multilingual (articles published in French, English or Arabic, with abstracts in the two other languages), and freely available on internet.

Arabian Humanities intends, through biennial issues, to cover all areas of the humanities from prehistory to contemporary societies in the Arabian Peninsula. Constructed around a specific theme, each issue will also include independent articles and book reviews on the latest publications on the Arabian Peninsula appearing in European languages and Arabic.

Gender Transformations in the Arabian Peninsula

Alphabetical List of Open Access Journals in Middle Eastern Studies
Posted by Chuck Jones at 6:13 AM No comments:

Alphabetical List of Open Access Journals in Middle Eastern Studies
Posted by Chuck Jones at 6:14 AM No comments: