Welcome to the homepage of the project Ptolemaeus Arabus et Latinus (PAL). The website has now been implemented with a beta-version of the database and with samples of transcriptions and images.
The database currently includes the following:
Two Transcriptions are available:
HD Images of a rapidly increasing number of Ptolemaic works can be accessed through the menu item Reproductions.
Implementation will continue over the coming months and it is anticipated that the alpha-version of the database will be available by the end of 2017. Feedback and comments are welcome at info@ptolemaeus.badw.de. 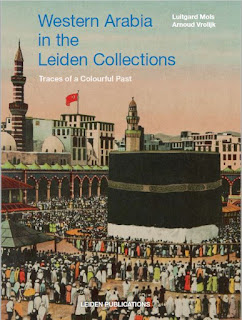 Title: Western Arabia in the Leiden Collections: Traces of a Colourful Past.
Authors: Mols, Luitgard E. M., and Arnoud Vrolijk.
Published: Leiden : Leiden University Press, 2016
Summary:
"In the late nineteenth and early twentieth century Dutch diplomats, scholars and travellers assembled unique collections in Jeddah, Mecca and Medina. The Dutch presence in Arabia, where they established a consulate in Jeddah, was intimately connected with the supervision of the annual pilgrimage to Mecca from the Netherlands East Indies, present-day Indonesia. Notable guests at this consulate included the formidable Dutch Islamicist Christiaan Snouck Hurgronje, visiting Arabia in 1884-1885. With the invaluable help of local Muslims, Dutch collectors tried to capture the essence of what they regarded as an 'authentic' Oriental culture in a period when Arabia was already looking towards modernity. These extensive collections are now preserved at the Leiden Museum of Ethnology (Museum Volkenkunde, est. 1837) and Leiden University (founded 1575). Together, they allow a glimpse into a colourful and vibrant society, one virtually vanished today under ever-growing numbers of pilgrims, changing political and religious allegiances and sudden economic prosperity."
Posted by Peter Magierski at 2:57 PM No comments: