A to Z Guide to Afghanistan Assistance 2014-Twelfth Edition 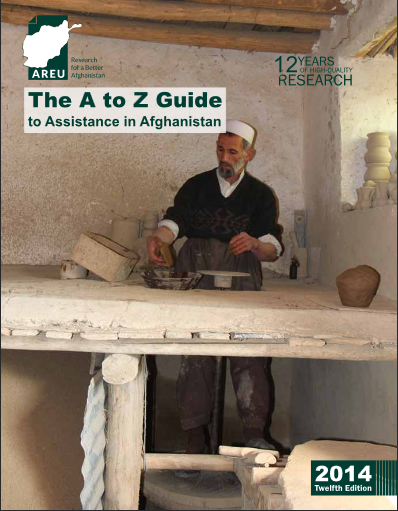 A to Z Guide to Afghanistan Assistance 2014-Twelfth Edition

"The twelfth edition of the A to Z Guide is now available. The guide provides an extensive glossary of assistance terms, an overview of Afghanistan’s system of government, key primary documents, and an extensive contact directory that includes government agencies, NGOs, donors and international actors." Language: English

See also recent AREU publications.
Posted by Peter Magierski at 11:00 AM No comments:

Email ThisBlogThis!Share to TwitterShare to FacebookShare to Pinterest
Labels: Afghanistan

Register & Read Beta is a new, experimental program to offer free, read-online access to individual scholars and researchers to more than five million articles from 1,500+ journals on JSTOR. Users must register for MyJSTOR account.


See also Early Journal Content, a separate initiative from JSTOR.
Posted by Peter Magierski at 11:53 AM No comments:


See the Alphabetical List of Open Access Journals in Middle Eastern Studies
Posted by Peter Magierski at 11:37 AM No comments:


The Manar al-Athar website, based at the University of Oxford, aims to provide high resolution, searchable images for teaching, research, and publication. These images of archaeological sites, with buildings and art, will cover the areas of the former Roman empire which later came under Islamic rule, such as Syro-Palestine/the Levant, Arabia, Egypt, North Africa and Spain. The chronological range is from Alexander the Great (i.e., from about 300 BC) through, the Islamic period to the present. It is the first website of its kind providing such material labelled jointly in both Arabic and English. We will also be publishing related material, both online and on paper, in English and Arabic.

Manar al-Athar is Arabic for "Guide to Archaeology" and has been chosen because Manara, in Egypt, refers to both the Lighthouse of Alexandria (the Pharos) and to minarets. This conveys the transition, and often continuity, covered by the chronological range of the material.

For credit line and conditions of use, see Copyright.

Posted by Chuck Jones at 3:49 PM No comments:

The grammars of adjudication

Posted by Chuck Jones at 6:01 PM No comments:

Posted by Chuck Jones at 1:44 PM No comments:

The Friedberg Genizah Project is pleased to announce the launching of a new website: The Friedberg Judeo-Arabic Corpus Website, freely accessible to all through http://www.jewishmanuscripts.org, pending registration (if you already have a user name and a password for the Genizah website, you don't need to register again).
For the purposes of the corpus, "Judeo-Arabic" refers to works written mostly between the eighth and the eighteenth century, both in classical Arabic and in the day-to-day spoken dialect, with Hebrew characters (using diacritical marks for Arabic letters that have no equivalent ones in Hebrew), instead of Arabic ones.
This first version of the site contains 110 works in Judeo-Arabic, among them works of Maimonides, Saadya Gaon, Yehuda Halevi, and many others, totaling almost 4 million words, with a lexicon (list of different words) of more than 280,000 words. The complete list of these works, with the relevant bibliographical details, appear in the site.
The corpus is accompanied by an advanced full-text search system that can search for words and phrases and display their occurrences in the corpus (or in selected parts thereof) with suitable one-line contexts and various statistics.
The contexts can be sorted by the word following or preceding the keyword, and can be enlarged to display an entire logical unit of that text.
For almost every page of every work in the corpus, an image is available that can be viewed side-by-side with its transcription, for comparison purposes. Easy and efficient browsing in all these works is also available.
For more information on all the functions available in the site and their various parameters see the site's Homepage.
In the first stage, the site will contain Judeo-Arabic works that have already appeared in print, focusing on works that were written up to the 16th century.
With time, the corpus will be expanded, hopefully encompassing all Judeo-Arabic titles in the mentioned group.
We wish to thank Haggai ben-Shammai and David Sklare for their help in compiling the nucleus of the list of works to be included in the corpus and for placing at our disposal copies of some rare editions of these works.
The site was developed and is maintained by "Genazim Digital," the Computing Unit of the Friedberg Genizah Project, led by Professor Yaacov Choueka.

Posted by Chuck Jones at 3:07 PM No comments:

Email ThisBlogThis!Share to TwitterShare to FacebookShare to Pinterest
Labels: France

This is a list of Open Access Journals in Middle Eastern Studies collected since we began AMIR on December 5, 2010. It is by no means complete. We welcome your comments and your suggestions of titles to include. Please use the comment feature at the bottom of the page.

AMIR users will have noted that the master list of Open Access Journals in Middle Eastern Studies has been missing for some months. The Editors are now working to restore it.  We begin the restoration with an archived version dated 5 June 2013, and will work to add any missing titles, and add the links to this page in the footers of the entries for each individual title. We will also systematically check all the links for accuracy.

We thank you for your patience with this process and in invite comment on and correction of missing or broken links.