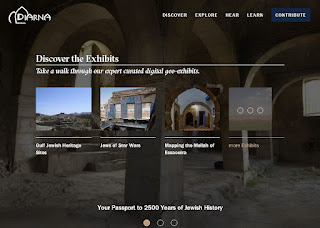 "Diarna (דיארנא ديارنا “Our homes” in Judeo-Arabic): The Geo-Museum of North African and Middle Eastern Jewish Life is working to digitally preserve the physical remnants of Jewish history throughout the region. We are in a race against time to capture site data and record place-based oral histories before even the memories of these communities are lost.

Diarna pioneers the synthesis of digital mapping technology, traditional scholarship, and field research, as well as a trove of multimedia documentation. All of these combine to lend a virtual presence and guarantee untrammeled access to Jewish historical sites lest they be forgotten or erased."

Posted by Peter Magierski at 10:36 AM No comments:

Email ThisBlogThis!Share to TwitterShare to FacebookShare to Pinterest
Labels: Jews 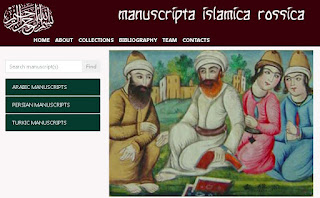 The created portal already functions as a unique library resource and access point to information about Arabic, Persian and Turkic manuscripts and old printed books in Russian collections in the Internet. Currently a free access to digitized copies of the eleven copies of the Qur'an (the full manuscripts and as well as its sections-juz) of the 17‒19 centuries and about a dozen manuscripts of commentaries (tafsirs), prayer books, theological works, collections of poems is provided. The participants of the project who provided the manuscripts, are the Archive of Russian Academy of Sciences, Institute of Oriental studies of the RAS, Scientific library, MGIMO(University) of the MFA of the Russian Federation, All-Russia State library for foreign literature, State Public Scientific-technological library of the Siberian branch of the RAS in Novosibirsk, Astrakhan regional scientific library, and other.

Posted by Peter Magierski at 7:43 PM No comments:

Are you graduating soon with an M.A. or Ph.D. degree in Middle East studies, and curious about librarianship as a professional option for using your academic research skills? Have you been adjunct instructing for a while and wondering how to turn your experience and subject knowledge to a rewarding alternative academic career? You may have been wondering, What exactly does a subject-specialist librarian do? Do you need to have an MLIS to get a job as a subject librarian? How do you gain experience in cataloging? Will you get to read books all day?

This workshop, sponsored by the Middle East Librarians Association (MELA), will consist of three parts: part one will feature brief presentations by professional librarians who have come to the profession via different pathways, and working at public or private institutions. Participants will learn more about the work librarians do, how they participate in the intellectual work of the institutions they are associated with–in fact as partners contributing to research and teaching–and how the profession of Middle East librarianship is moving to address profound changes in technology, publishing, and society.  In part two, the workshop will offer practical tips on applying to library school, how to gain related experience, and how previous experience can be highlighted on your c.v. The third part of the workshop will be reserved for your questions and discussion.  https://www.mela.us/

Please contact me directly if you have any questions regarding registration or accessibility needs.  This event will be conducted in English and recorded with an edited version available on the MELA YouTube Channel.

pronouns: she, her, hers

Posted by Chuck Jones at 1:42 PM No comments:

Ahiqar - The Story of Ahiqar in its Syriac and Arabic Tradition

Ahiqar - The Story of Ahiqar in its Syriac and Arabic Tradition

A small part of the Siwi corpus I gathered during PhD and postdoctoral fieldwork is now publicly accessible online, with more planned. Despite my best efforts, there will undoubtedly be some number of errors in transcription and translation; hopefully being able to listen to the audio will make these easier to correct in the long term. (Feel free to comment here or by email.) Some of these recordings may be of particular interest:

The speaker recorded in these, Sherif Bougdoura, was a thoughtful and intelligent person, trying to find the right balance between local and national cultures, who made his living as a repairman for lack of opportunities to take his education further. He sadly died young in a work accident several years ago. I hope these recordings will serve to preserve his memory as well as to facilitate linguistic analysis.

Posted by Chuck Jones at 3:41 PM No comments: 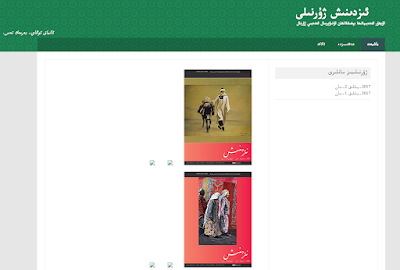 Posted by Sean Swanick at 12:26 PM No comments:

Occasionally issues of journals where one might not normally think to look produce thematic issues of interest. Availability online makes them much more discoverable. A case in point: 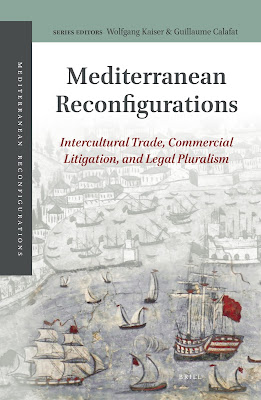 "Scholars have long debated the use of law to settle international trade disputes in the early modern period. In this book, Tijl Vanneste uses the case study of commercial litigation before the Dutch consular court of Izmir to argue that merchants relied on a particular blend of mercantile customs, which he calls ‘the merchants’ style’, and specific legal forms and procedures, laid down in written regulations, and dependent on local and international circumstances. The book challenges the idea of a universal ‘law merchant’, to replace it with a more nuanced analysis that centralizes the interplay between informal merchant custom, as advocated by traders and judges alike, and formal procedural legislation, drawn mostly from Roman law, in the resolution of mercantile disputes."Copyright Year: 2022
E-Book (PDF)
Availability: Published ISBN: 978-90-04-49823-5Publication Date: 01 Nov 2021

On the website Digital Dictionaries of South Asia a variety of dictionaries is available that can be either searched online or downloaded as pdf files. Examples of available languages are

other languages available are:

Posted by Birte Kristiansen at 1:16 PM No comments: 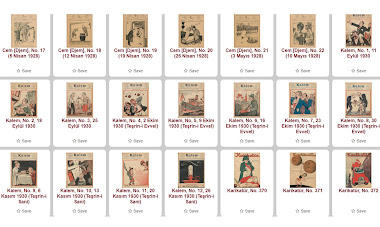 Posted by Birte Kristiansen at 7:04 AM No comments:

The website Open Art Images offers a broad scope of images including many images on Islamic Art. These images can be used freely in presentations but also on websites. OAI is a SEARCH AND VISUALIZATION ENGINE FOR HIGH-RESOLUTION IMAGES OF ARTWORKS - from all around the world and from every period in history - that belong to the public domain or to a type of Creative Commons license which allows their reuse. All Images come with detailed information, relevant to the understanding of their historical and cultural context and which informs the user about their current location, source and license.

OAI respects the privacy of its users by adopting completely anonymous tracking technologies.

Posted by Birte Kristiansen at 9:22 AM No comments:

Visual Resources of the Middle East

Posted by Chuck Jones at 1:39 PM No comments: 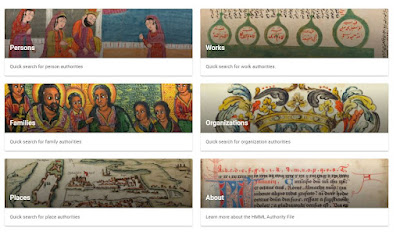 The Hill Museum & Manuscript Library (HMML) at Saint John’s University has developed a new database to support and enhance the study of understudied manuscript traditions.

"HMML Authority File (HAF) is an open access database that shares lists of authorities used in HMML’s Reading Room and Museum. Metadata in HAF is submitted to the Library of Congress’s Name Authority Cooperative Program (NACO) as part of HMML’s partnership in the Program for Cooperative Cataloging. The HMML Authority File is part of the Resources for Description of Manuscripts from Understudied Christian and Islamic Traditions project funded by the National Endowment for the Humanities that will help build the scholarly infrastructure to create access to endangered manuscripts digitized by the Hill Museum & Manuscript Library. HAF is a living authority file improved over time. Some authorities may begin as sparse records but grow in detail as additional information is uncovered."

Posted by Peter Magierski at 11:16 AM No comments:

ARCHNET NEXT: Open Access Library on the Built Environment of Muslim Societies

ARCHNET NEXT: Open Access Library on the Built Environment of Muslim Societies

YOUR ESSENTIAL REFERENCE ON THE BUILT ENVIRONMENT OF MUSLIM SOCIETIES & BEYOND!

The Aga Khan Documentation Center at MIT (AKDC@MIT) and the Aga Khan Trust for Culture are pleased to invite you to explore this new iteration of the largest online library focused on the built environments of Muslim societies. ARCHNET NEXT is the first major revisioning of the site since 2013 and only the 2nd in the +20 years Archnet has been available. ARCHNET NEXT is designed to be more responsive to users in all corners of the world and on all sorts of devices. We look forward to your feedback!

Posted by Chuck Jones at 5:54 PM No comments: 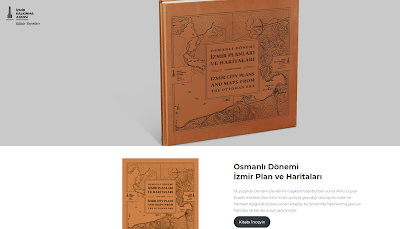 New OA book: A Handbook and Reader of Ottoman Arabic 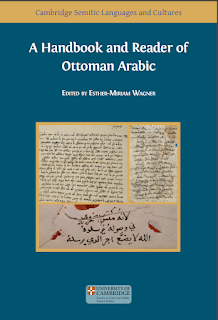 "Written forms of Arabic composed during the era of the Ottoman Empire present an immensely fruitful linguistic topic. Extant texts display a proximity to the vernacular that cannot be encountered in any other surviving historical Arabic material, and thus provide unprecedented access to Arabic language history.

This rich material remains very little explored. Traditionally, scholarship on Arabic has focussed overwhelmingly on the literature of the various Golden Ages between the 8th and 13th centuries, whereas texts from the 15th century onwards have often been viewed as corrupted and not worthy of study. The lack of interest in Ottoman Arabic culture and literacy left these sources almost completely neglected in university courses.

This volume is the first linguistic work to focus exclusively on varieties of Christian, Jewish and Muslim Arabic in the Ottoman Empire of the 15th to the 20th centuries, and present Ottoman Arabic material in a didactic and easily accessible way. Split into a Handbook and a Reader section, the book provides a historical introduction to Ottoman literacy, translation studies, vernacularisation processes, language policy and linguistic pluralism. The second part contains excerpts from more than forty sources, edited and translated by a diverse network of scholars. 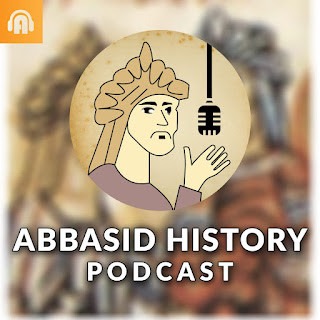 With 32 episodes made so far, the Abbasid History podcast is a great way to learn more about this specific period in history. The makers of the podcast formulate their intentions as follows: "An audio platform for the study of the pre-modern Islamic(ate) past and beyond. We interview academics, archivists and artists on their work for peers and junior students in the field. We aim to educate, inspire, perhaps infuriate, and on the way entertain a little too. Suitable also for general listeners with an interest in geographically diverse medieval history."
Posted by Birte Kristiansen at 4:16 AM No comments: