"The Oman Library’s online collection is a web-based digital collection of the library’s rare books and manuscripts, consisting entirely of subjects related to Middle Eastern Studies. The topics of the rare collection range from history and culture to works of fiction from the early twentieth century. The collection includes materials in seven different languages -- English, Arabic, French, Farsi, Urdu, Ottoman Turkish, and Turkish -- and publications spanning the period from 1700 to 1921. In addition to the rare collection, MEI has included in the digitalization process all of its own Middle East Institute published works that span from the 1960s to 2004, including its 1947 meeting memos"


Posted by Peter Magierski at 11:29 AM No comments: 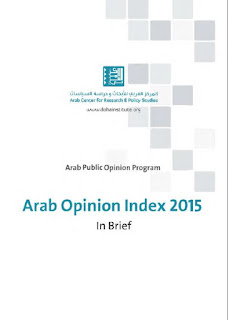 Email ThisBlogThis!Share to TwitterShare to FacebookShare to Pinterest
Labels: Statistics

AlKindi, the online catalogue of the Dominican Institute for Oriental Studies, Cairo

AlKindi, the online catalogue of the Dominican Institute for Oriental Studies, Cairo

IDEO’s library is one of the prominent libraries specialised in Islamic studies in the world. It is opened to all. Our library gathers over 125,000 monographs and nearly 1,800 journals and periodicals. It intends to cover all disciplines in Islamic studies: Arabic language, Quranic exegesis, theology, law and jurisprudence, history, philosophy, sufism, history of sciences. It provides more than 20,000 classical texts of the Arabic and Islamic heritage, and secondary literature in Arabic and European languages. Many PhD dissertations are also available.

We are glad to introduce the new version of AlKindi, genuinely complying with the conceptual model approved by the International Federation of Library Association (IFLA) called FRBR (which stands for Functional requirements for Bibliographic Records).
FRBR specifies four levels of information. Each level can be connected to a specific responsibility. You are already familiar with two of these four levels:
To those long-established levels, FRBR adds two new more abstract levels:
The new features of AlKindi 4, based on FRBR, make it easier to display the different editions or translations of a given work (its publication history), or to distinguish the different responsibilities of a given authority.
Each of these four levels can be connected to an authority and to another record of the same level.
Lastly, authorities themselves can be connected to one another, it enables the display of family and academic relationships. Examples of relationships include: son, father, disciple, or master.

How to display special characters?

Posted by Chuck Jones at 3:55 PM No comments:

Each fall the Freer and Sackler Galleries publish, with the University of Michigan, a journal of the latest research in art of the Middle East and Asia. Titled Ars Orientalis, the journal is a collection of scholarship that crosses academic disciplines and aims to connect researchers, institutions, and ideas using one central theme per volume.

Thanks to a digitization effort made possible with help from Smithsonian Libraries and the Internet Archive, we can now offer Ars Orientalis volumes 1 to 41 free of charge to viewers worldwide. Flip through these pages online, or download files to your digital library for later reading.

Posted by Chuck Jones at 2:46 PM No comments:

Email ThisBlogThis!Share to TwitterShare to FacebookShare to Pinterest
Labels: Art History, US

Update on the Arabic Papyrology Database

Update on the Arabic Papyrology Database

The Arabic Papyrology Database (APD) team wishes you a happy New Year. Our present: new, handy features implemented in the APD and many, many more documents . Please, check www.naher-osten.lmu.de/apd under

(a) "Documents". For 2,571 published documents, we provide the full text of the document and information on the document, while for another 6,281 published and unpublished documents, we give information on the document only. We are proud to offer not only records from Egypt and the Middle East, but also a quite comprehensive list of Arabic documents from Sicily and Spain: click on "Origin" and choose Sicily or Spain. Weekly updates! - For full bibliographical details, check at www.naher-osten.uni-muenchen.de/apb.

(b) "Text": This is our full text search tool. Many features, including search restricted by time, provenance, document type, etc.

(c) "Lexicon": This site is completely new and allows you to access the lexicon of all implemented texts in several ways: Looking for a lemma, you will have an overview on all actual realizations, with hyperlinks giving you direct access. You might look for a root, a verbal stem, or a shape/morpheme type (e.g. fāʿil or faʿʿāl). Or try Word categories (functional categories) and Domains (semantic categories), independently or in combined searches.

We would be happy to have your feedback on the new features.

Posted by Chuck Jones at 5:31 PM No comments: