There are currently 216 items in the Duke University Libraries,Ottoman-Turkish Literature collection.

Posted by Peter Magierski at 2:21 PM No comments: 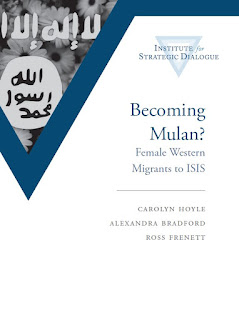 Summary: The current flow of foreigners to Syria and Iraq is remarkable not only for its scale, but also for its inclusion of many women. This report aims to provide insight into the female migrants, examining the reasons they migrate, the reality of their lives in ISIS-controlled territory, and the potential risk they pose. While there is a large online ecosystem of female ISIS supporters, this study will focus specifically on Western women who are believed to be currently residing in ISIS-controlled territory.
Posted by Peter Magierski at 5:13 PM No comments: 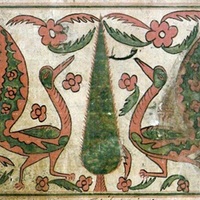 
See the Alphabetical List of Open Access Journals in Middle Eastern Studies
Posted by Peter Magierski at 9:33 AM No comments:

62 titles digitized by Centre d'Études Alexandrines (CEAlex) as of Dec. 9, 2015.
Coverage dates below are approximate. Scroll down the list on CEAlex site for full details.

Posted by Peter Magierski at 12:30 PM No comments:

"Bibliographia Iranica is a collective effort, continuing the work that Arash Zeini started at his blog over at www.arashzeini.com. This new website and connected social media share and distribute information on recent publications and events in Iranian Studies, understanding the field in its broadest sense from antiquity through to late antiquity and the early Islamic era with occasional excursions into neighbouring disciplines, geographies and eras."
Posted by Peter Magierski at 11:33 AM No comments:

See the Alphabetical List of Open Access Journals in Middle Eastern Studies
Posted by Chuck Jones at 9:37 PM No comments: