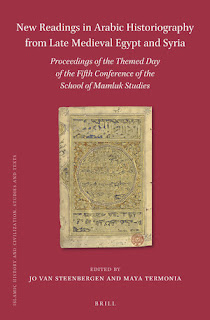 New Readings in Arabic Historiography from Late Medieval Egypt and Syria. Proceedings of the themed day of the Fifth Conference of the School of Mamluk Studies

"The present volume contributes to research on historic Arabic texts from late medieval Egypt and Syria. Departing from dominant understandings of these texts through the prisms of authenticity and “literarization,” it engages with questions of textual constructedness and authorial agency.

It consists of 13 contributions by a new generation of scholars in three parts. Each part represents a different aspect of their new readings of particular texts. Part one looks at concrete instances of textual interdependencies, part two at the creativity of authorial agencies, and part three at the relationship between texts and social practice. New Readings thus participates in the revaluation of late medieval Arabic historiography as a critical field of inquiry."

Posted by Birte Kristiansen at 9:47 AM No comments: 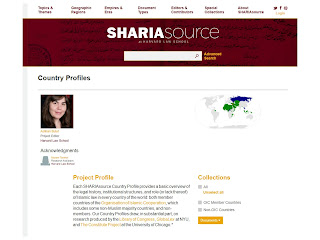 ShariaSource provides Country Profiles that give a basic overview of the legal history, institutional structures, and role (or lack thereof) of Islamic law in every country of the world: both member countries of the Organisation of Islamic Cooperation, which includes some non-Muslim majority countries, and non-members. The Country Profiles draw, in substantial part, on research produced by the Library of Congress, GlobaLex  at NYU, and The Constitute Project at the University of Chicago. The portal is now available as a beta-version.

Posted by Birte Kristiansen at 12:05 PM No comments:

Sufi Masters and the Creation of Saintly Spheres in Medieval Syria

Author: Ephrat, Daphna
Publisher: Arc Humanities Press
DOI: 10.17302/MIW-9781641892094
ISBN: 9781641892087
"This book explores the lives of Sufi masters who functioned as embodiments of Islamic sainthood and left a lasting mark on the land. These figures lived in the ancient cities of Syria and their surrounding towns and villages during a formative period in the social history of Syrian Sufism and the spiritual tradition of Islam."

Posted by Birte Kristiansen at 11:43 AM No comments:

Hazine - an online guide to researching the Middle East is calling for contributions of articles on Open Access issues related to archives and resources for the study of the Middle East.

"How do you employ open access technologies in building community archives?
What principles do you take to consideration when building accessible resources for communities, including for those with disabilities?
Hazine is seeking 4 pieces on the open access movement concerning archives and resources from or pertaining to the Mashriq, Maghreb, East Africa, West Africa, Southern Africa, South Asia, Southeast Asia, Turkey, or Iran. If you’re a researcher, an archivist, a librarian, an artist, an editor or any other interested party, tell us how open access policies have affected you and your work.   What technologies have you used to build open access materials? What is the role of social media in the open access movement? What are the limitations of open access?"

Posted by Peter Magierski at 7:58 AM No comments: 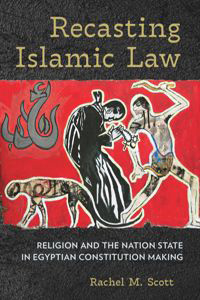 Author: Rachel M. Scott
Cornell University Press | 2021
DOI: https://doi.org/10.1515/9781501753985
ISBN: 9781501753985
" By examining the intersection of Islamic law, state law, religion, and culture in the Egyptian nation-building process, Recasting Islamic Law highlights how the sharia, when attached to constitutional commitments, is reshaped into modern Islamic state law.
Rachel M. Scott analyzes the complex effects of constitutional commitments to the sharia in the wake of the Egyptian Revolution of 2011. She argues that the sharia is not dismantled by the modern state when it is applied as modern Islamic state law, but rather recast in its service. In showing the particular forms that the sharia takes when it is applied as modern Islamic state law, Scott pushes back against assumptions that introductions of the sharia into modern state law result in either the revival of medieval Islam or in its complete transformation. Scott engages with premodern law and with the Ottoman legal legacy on topics concerning Egypt's Coptic community, women's rights, personal status law, and the relationship between religious scholars and the Supreme Constitutional Court. Recasting Islamic Law considers modern Islamic state law's discontinuities and its continuities with premodern sharia."
Posted by Birte Kristiansen at 10:59 AM No comments: 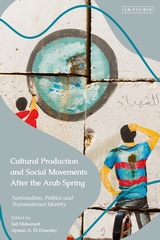 "The so-called Arab Spring challenged conventional wisdom and certainties about the Arab world where its effects continue to be felt as well as in the diaspora.

This book provides an original contribution to current social and cultural theory on Arab social movements by giving a fuller historical and critical treatment of contemporary artistic and cultural production from the region and beyond."

Posted by Peter Magierski at 3:05 PM No comments:

Media and Mapping Practices in the Middle East and North Africa 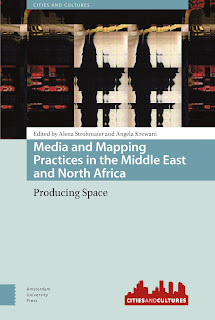 Edited by: Alena Strohmaier, Angela Krewani
Amsterdam University Press, 2021
ISBN: 9789048541508
" A few months into the popular uprisings in the Middle East and North Africa (MENA) region in 2009/10, the promises of social media, including its ability to influence a participatory governance model, grassroots civic engagement, new social dynamics, inclusive societies and new opportunities for businesses and entrepreneurs, became more evident than ever. Simultaneously, cartography received new considerable interest as it merged with social media platforms. In an attempt to rearticulate the relationship between media and mapping practices, whilst also addressing new and social media, this interdisciplinary book abides by one relatively clear point: space is a media product. The overall focus of this book is accordingly not so much on the role of new technologies and social networks as it is on how media and mapping practices expand the very notion of cultural engagement, political activism, popular protest and social participation."

Posted by Birte Kristiansen at 11:06 AM No comments:

Open Access E-book: The Dragoman Renaissance. Diplomatic Interpreters and the Routes of Orientalism

The Dragoman Renaissance. Diplomatic Interpreters and the Routes of Orientalism 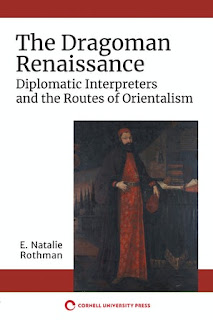 E. Natalie Rothman
Cornell University Press | 2021
ISBN: 9781501758508
DOI: 10.1515/9781501758485
" In The Dragoman Renaissance, E. Natalie Rothman traces how Istanbul-based diplomatic translator-interpreters, known as the dragomans, systematically engaged Ottoman elites in the study of the Ottoman Empire—eventually coalescing in the discipline of Orientalism—throughout the sixteenth and seventeenth centuries.
Rothman challenges Eurocentric assumptions still pervasive in Renaissance studies by showing the centrality of Ottoman imperial culture to the articulation of European knowledge about the Ottomans. To do so, she draws on a dazzling array of new material from a variety of archives. By studying the sustained interactions between dragomans and Ottoman courtiers in this period, Rothman disrupts common ideas about a singular moment of "cultural encounter," as well as about a "docile" and "static" Orient, simply acted upon by extraneous imperial powers.
The Dragoman Renaissance creatively uncovers how dragomans mediated Ottoman ethno-linguistic, political, and religious categories to European diplomats and scholars. Further, it shows how dragomans did not simply circulate fixed knowledge. Rather, their engagement of Ottoman imperial modes of inquiry and social reproduction shaped the discipline of Orientalism for centuries to come.
Thanks to generous funding from the Andrew W. Mellon Foundation, through The Sustainable History Monograph Pilot, the ebook editions of this book are available as Open Access volumes from Cornell Open (cornellopen.org) and other repositories."

Posted by Birte Kristiansen at 11:04 AM No comments: