Open Access E-Book: The Maghrib in the Mashriq Knowledge, Travel and Identity 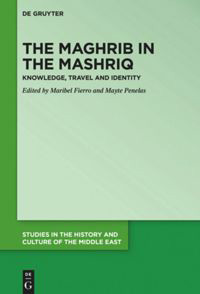 The Maghrib in the Mashriq
Knowledge, Travel and Identity
Edited by: Maribel Fierro and Mayte Penelas
De Gruyter | 2021
DOI: https://doi.org/10.1515/9783110713305
ISBN 9783110713305 (e-book)/ 9783110712698 (hardcover)
" This is a pioneering book about the impact that knowledge produced in the Maghrib (Islamic North Africa and al-Andalus = Muslim Iberia) had on the rest of the Islamic world.
It presents results achieved in the Research Project "Local contexts and global dynamics: al-Andalus and the Maghrib in the Islamic East (AMOI)", funded by the Spanish Ministry of Science, Innovation and Universities and directed by Maribel Fierro and Mayte Penelas.
The book contains 18 contributions written by senior and junior scholars from different institutions all over the world. It is divided into five sections dealing with how knowledge produced in the Maghrib was integrated in the Mashriq starting with the emergence and construction of the concept 'Maghrib' (sections 1 and 2); how travel allowed the reception in the Maghrib of knowledge produced in the Mashriq but also the transmission of locally produced knowledge outside the Maghrib, and the different ways in which such transmission took place (sections 3 and 4), and how the Maghribis who stayed or settled in the Mashriq manifested their identity (section 5).The book will be of interest not only for those whose research concentrates on the Maghrib but more generally for those who want to understand the complex and shifting dynamics between 'centres' and 'peripheries' as regards intellectual production and circulation."
Posted by Birte Kristiansen at 8:25 AM